Presented by our Generous Sponsors: 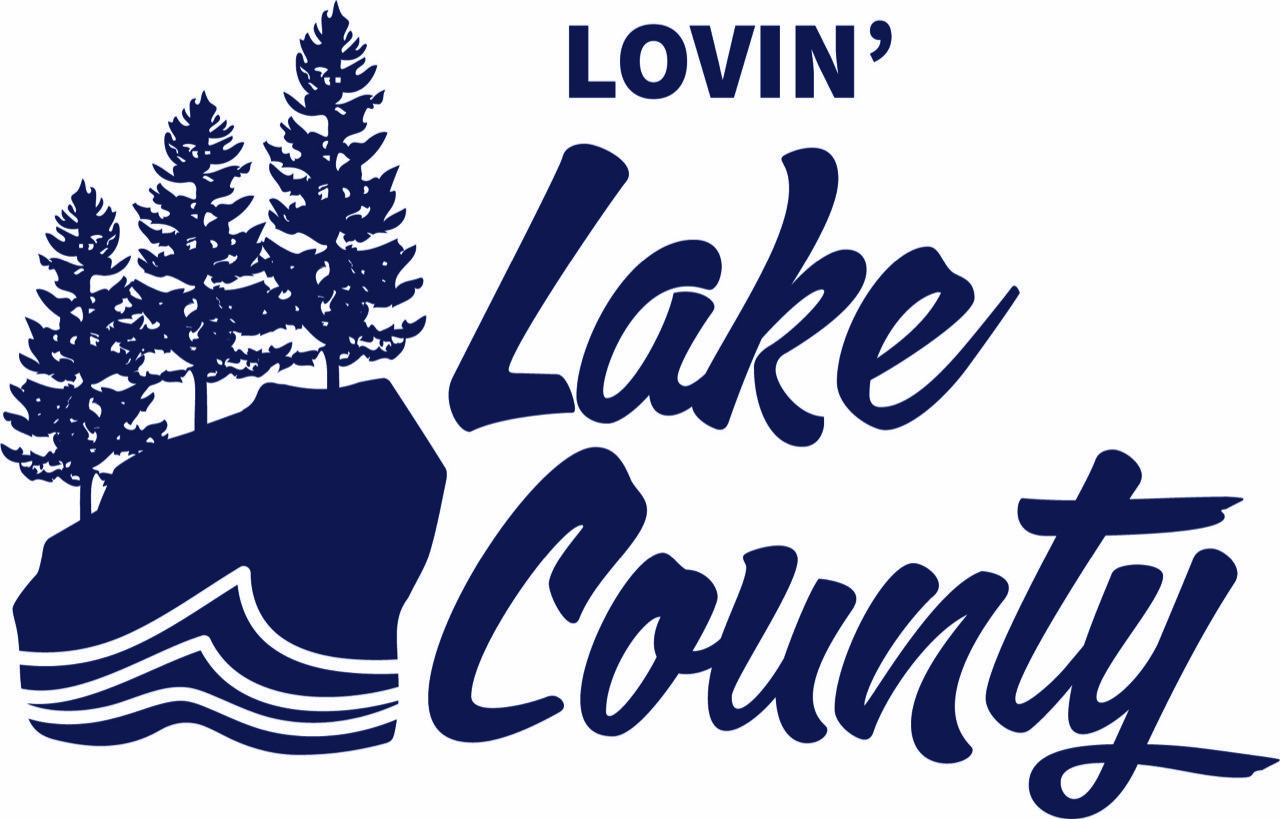 Your one-stop-shop for all things Beargrease: visit the store and support the race!

Congratulations to our 2022 Marathon Winner: 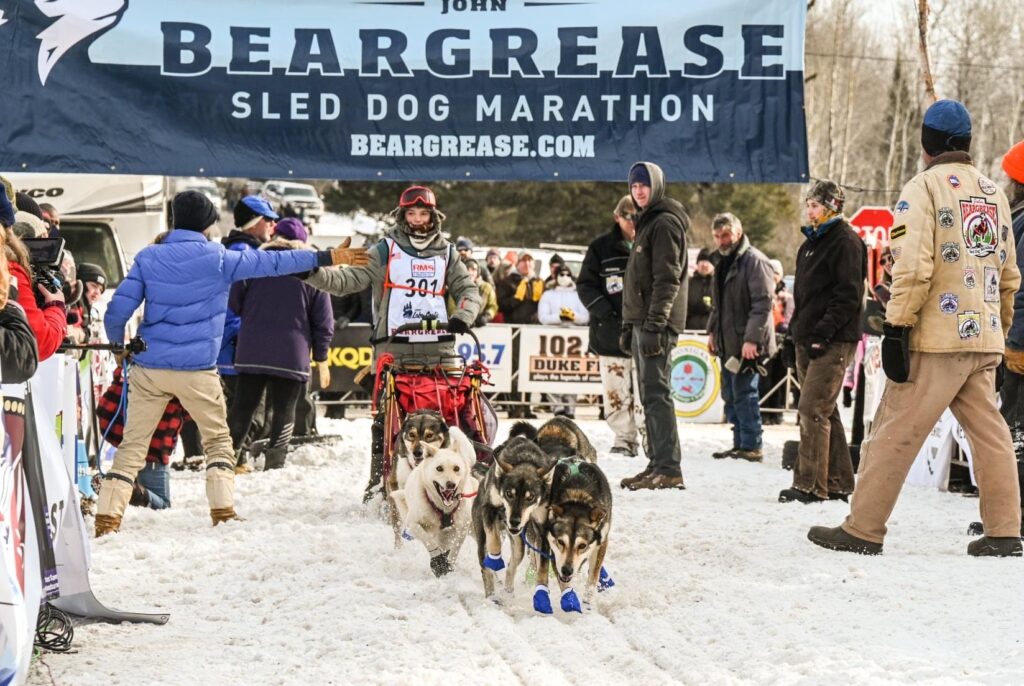 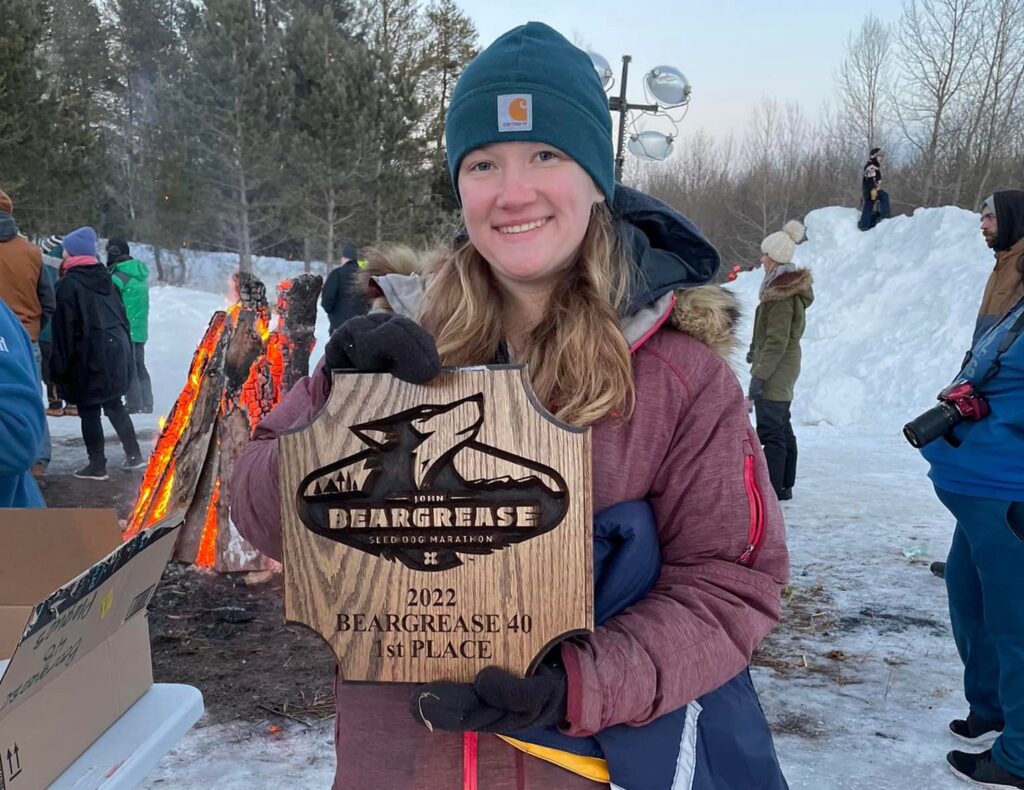 Meet the amazing people behind the dogs! We are proud to host Minnesota locals as well as mushers from around the world! Read musher bios from the Beargrease Marathon, Beargrease 140, Beargrease 120 Junior Class, and Beargrease 40 races!

For over 40 years, the Minnesota’s North Shore comes alive with the excitement of the John Beargrease Sled Dog Marathon race, which celebrates and honors the spirit of John Beargrease and brings thousands of worldwide spectators and hundreds of mushers from across the nation.

The series features several races, including the longest sled dog marathon in the lower 48 states, each race requiring mushers to fend off Minnesota’s extreme winter weather and rugged terrain. Join us for the 2022 event, kicking off on January 30, from the comfort of your own home or in person!

The Beargrease is Free to Watch! Help Keep it That Way and Donate Today

What to expect when you come see the Beargrease Marathon

Watching the Beargrease is not for the faint of heart. Neither is it for dress shoes, fancy clothes, makeup, or showers (we’re only half joking). Watching the race or volunteering involves spending hours outside in the harshest weather that Northern Minnesota can offer.

Important events for the Beargrease

Who was John Beargrease? 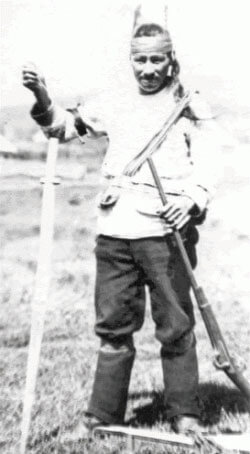 John Beargrease was pivotal in the development of the entire north shore and the communities who have maintained their foothold there over the past century.

John Beargrease was born in Beaver Bay, Minnesota in 1858, the son of an Anishinabe Chief, Moquabimetem. The family lived in a traditional wigwam on the edge of the ﬁrst settlement on Minnesota’s North Shore; Beaver Bay. They survived through their traditional native practices of hunting, ﬁshing and trapping.

By the time John Beargrease was in his twenties, the North Shore had become home to numerous small settlements of ﬁshing families which had planted themselves in the many coves of Lake Superior’s rocky shoreline.

Lake Superior’s North Shore was then and is now, subject to severe temperature changes, heavy rainfall and violent storms and travel in the area was extremely difﬁcult despite the inﬂux of settlers. This lead to limited communication with the outside world at a time when most other parts of the country were receiving regular mail delivery.

John Beargrease and his brothers were avid hunters and trappers and made regular trips to the region along their well-established Lake Shore Trail trap line. Recognizing the opportunity, John and his brothers picked up the job of delivering the mail by simply tossing a mailbag or two into existing packs.

For almost twenty years, between 1879 and 1899, John Beargrease and his brothers delivered the mail between Two Harbors and Grand Marais. Through the seasons, the Beargrease brothers used a variety of methods to transport the mail including canoes, horses and large boats. John Beargrease himself was best known for his winter travels by dogsled.

With his successful delivery, the population and economy stabilized and permanent towns made their mark on the landscape. Today we celebrate the vital role of John Beargrease in the early history of the North Shore of Lake Superior through the annual running of the John Beargrease Sled Dog Marathon.

The “goodest” dogs
Need your help

We go through straw….a LOT of straw!  One of the most important traits of a sled dog is for them to be able to relax and fall asleep quickly.  They can get up to 4 hours of sleep at their “Pit Stops”, aka, checkpoints.

We rely on donations from sponsors and race fans to support the Beargrease.  Your financial contributions at work:

$15 | provides a straw bale to be delivered to a checkpoint.

$25 | provides firewood for a checkpoint — keeping our Vets, Race Officials and mushers warm.

$40 | provides a tank of gas for our Veterinarians and Race Officials to travel with our teams and keep them safe.

Any amount is appreciated!  Our canine — and human — athletes are strong warriors,  battling the elements of  Polar Vortexes, snow squalls, and hills that stretch for miles.  Donate today to keep the Spirit of John Beargrease alive!

Never heard of it before? It means to tour a new place by volunteering, and the Beargrease Sled Dog Marathon is the event to “voluntour”.

Volunteers are a vital part of organizing and facilitating the John Beargrease Sled Dog Marathon. In the past years, many interesting people from all over the nation have done their part to make the Beargrease a great experience. Some volunteers provide warmth and good cheer at the checkpoints with warm food and big bonﬁres. Others camp out at road crossings to assist teams safely across a variety of roads along the way. We have volunteers assisting the mushers to get their teams to the starting line, setting everything up, running headquarters, helping with banquets, and many other roles that make this North America’s Premier Sled Dog Race Series!

Every year, 500-600 volunteers are needed by race time to ensure this event runs smoothly and safely. There are volunteer opportunities for everyone, from those who have experience with sled dog races to those who just LOVE dogs and community events! All areas of the race need volunteers, especially the starting line, administration support year-round, and various checkpoints.

I want to volunteer at the Beargrease Race!

“Volunteering for the Beargrease is a unique experience.  The communities are so supportive and the energy and enthusiasm of the dogs is captivating. It’s what brings people back year after year.”

“The mission of the John Beargrease Sled Dog marathon is to conduct the best long distance sled dog race in North America in a culturally sensitive manner, and to promote the sport of dog mushing.”

We Are Leaders in
Animal Welfare

Animal welfare has been the single most important aspect of this event from its inception. We believe that all dogs are entitled to adequate and balanced nutrition; all dogs deserve humane handling, respect, and care from their owners; and all dogs deserve adequate regular exercise.

The relationship between sled dogs and humans is one of the oldest bonds of its kind. The Beargrease is proud of its role in helping to enhance this bond by continuing to uphold the virtue that no dog will be allowed to run beyond its natural ability. The Beargrease is sanctioned by the International Sled Dog Veterinary Medical Association (ISDVMA) and is run under its guidelines.

We continue to be a leader in animal welfare in the mushing community. If we are ever to make a decision regarding race safety, it will be in favor of the dogs.

Investing in the Next Generation

We believe that dogsledding is such a beautiful sport, and we are determined to pass that legacy on to the next generation, but we can’t do it alone! Our “mushing kids” learn many valuable lessons from working with a team, how to lead and how being active outdoors year-round is beneficial to ones health.

Beargrease is a family-friendly event and provides opportunities for learning in an unconventional setting.

One of our favorite events is the Cub Run, typically held a week prior to the race. Kids are invited to try mushing with a 2-dog team going along a short trail.  It’s a great way for them to experience the joy of the sport firsthand.

Donate to the Future of the Beargrease Today! 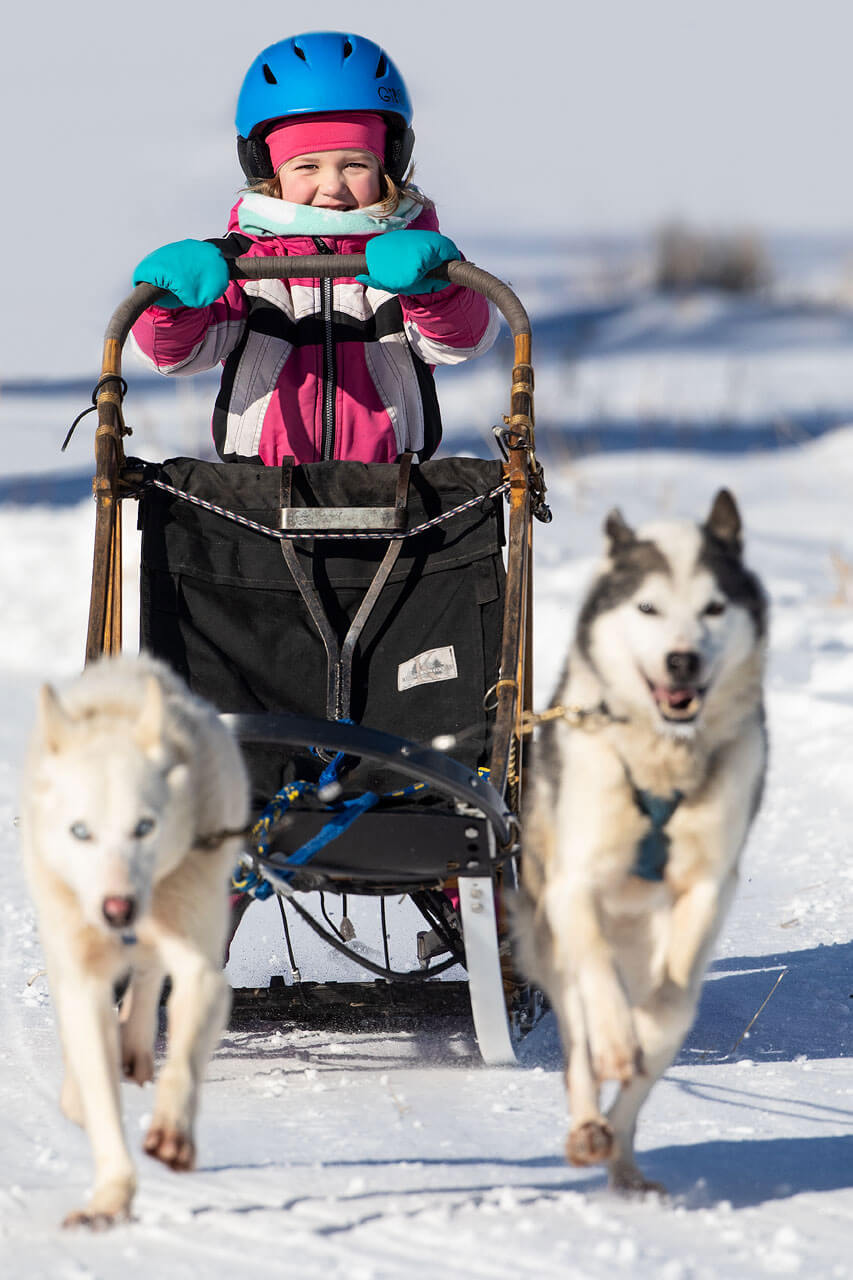 In 2021, our marathon was a nail-biter!  It was neck and neck between Erin Letzring and Ryan Redington — both fierce competitors from Alaska. Erin’s team ended up edging out Ryan by a mere 10-seconds.

One of the most epic parts of this sport?  It doesn’t matter if you are a male, female, young or old–everyone can compete.

Many of our younger athletes have been mentored by their parents and now compete on the same trail and in the same race. Mothers and sons, dads and daughters — it’s a beautiful thing!

The Beargrease is a family — complete with family potlucks of hotdish, laughter and a good craft beer. 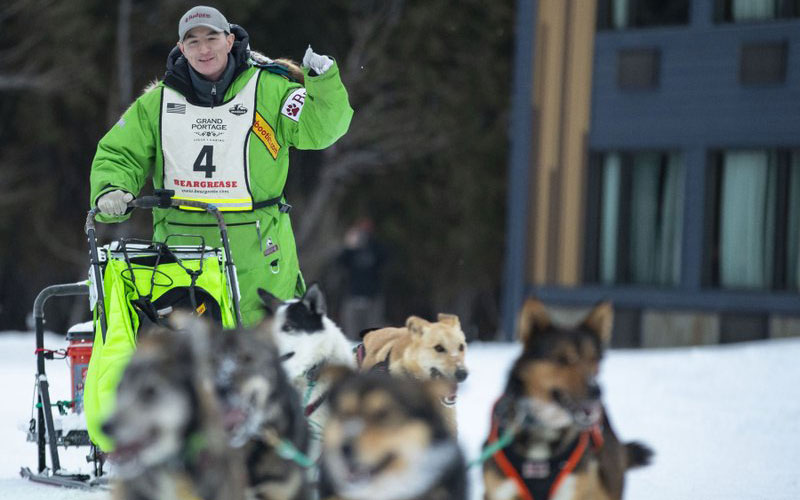 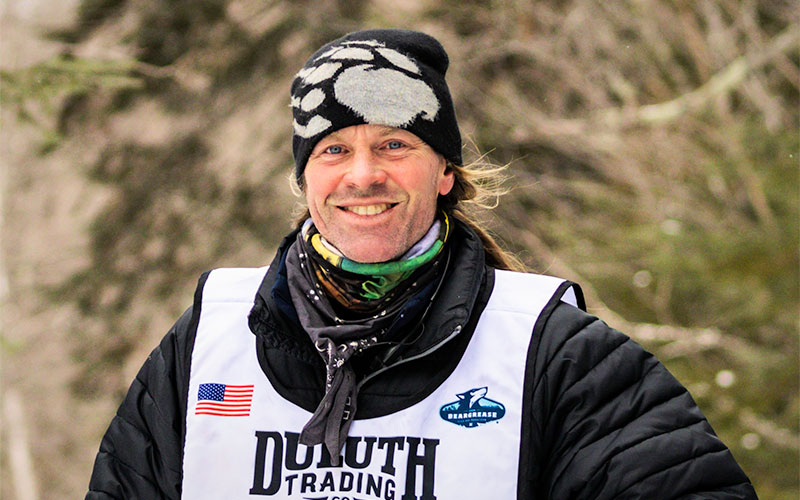 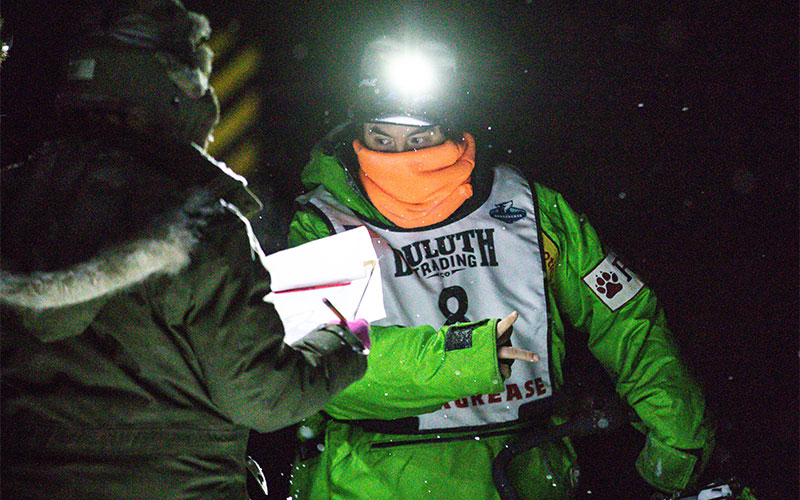 I'm planning to volunteer, where do I stay?

There are many places to stay along the North Shore.  We typically post our sponsoring lodging locations as they become available.  Check out our Tourism Sections for information on the 3 distinct regions of our race.

How long does the race take?

Our race is greatly impacted by Lake Superior, one of the largest fresh water lakes in the world. If it snows a few days before or during the race, it will slow the trail conditions down.  But if it rains? It’s possible the trail could be freaky-fast!

The Beargrease Marathon starts on Sunday and a winner is usually declared on Tuesday late afternoon or early evening in Grand Portage.

The Beargrease 120 starts on Sunday and a winner crosses the finish line early Monday morning in Finland, MN.

The Beargrease  40 starts on Sunday and ends on Sunday in Two Harbors, MN.

Where is the race run?

The race starts in Duluth, MN and travels through many northern Minnesota Communities.  The Marathon ends in Grand Portage, MN; the Beargrease 120 ends in Finland, MN; and the Beargrease 40 ends in Two Harbors, MN.

Can I meet the mushers in person and pet their dogs?

YES! Our mushers and canine athletes love to meet their fans!  Two great times to get up close: Vet Checks (take place the Saturday prior to the start.) and early morning on Sunday as the teams are preparing for the race.  REMEMBER, always ask a musher if you can pet their canines, they are working dogs and might be in “race mode” and not feeling social.  (Yes — these dogs know the difference between a training run and race day!)

DOES IT COST ANYTHING TO ATTEND THE RACE?

Nope!! All of our race events are FREE, open to the public and family-friendly.  We rely on donations and sponsors to keep our race alive.

WHAT KIND OF TIME COMMITMENT IS VOLUNTEERING?

Every volunteer shift is different.  Some shifts are a couple of hours indoor and some are 12 hours outdoors.  We try to make it as fun as possible and there are so many opportunities available–there is something for everyone!

Am I allowed to bring my service animal?

ADA-trained Service Animals specifically trained to aid a person with a disability are always welcome!