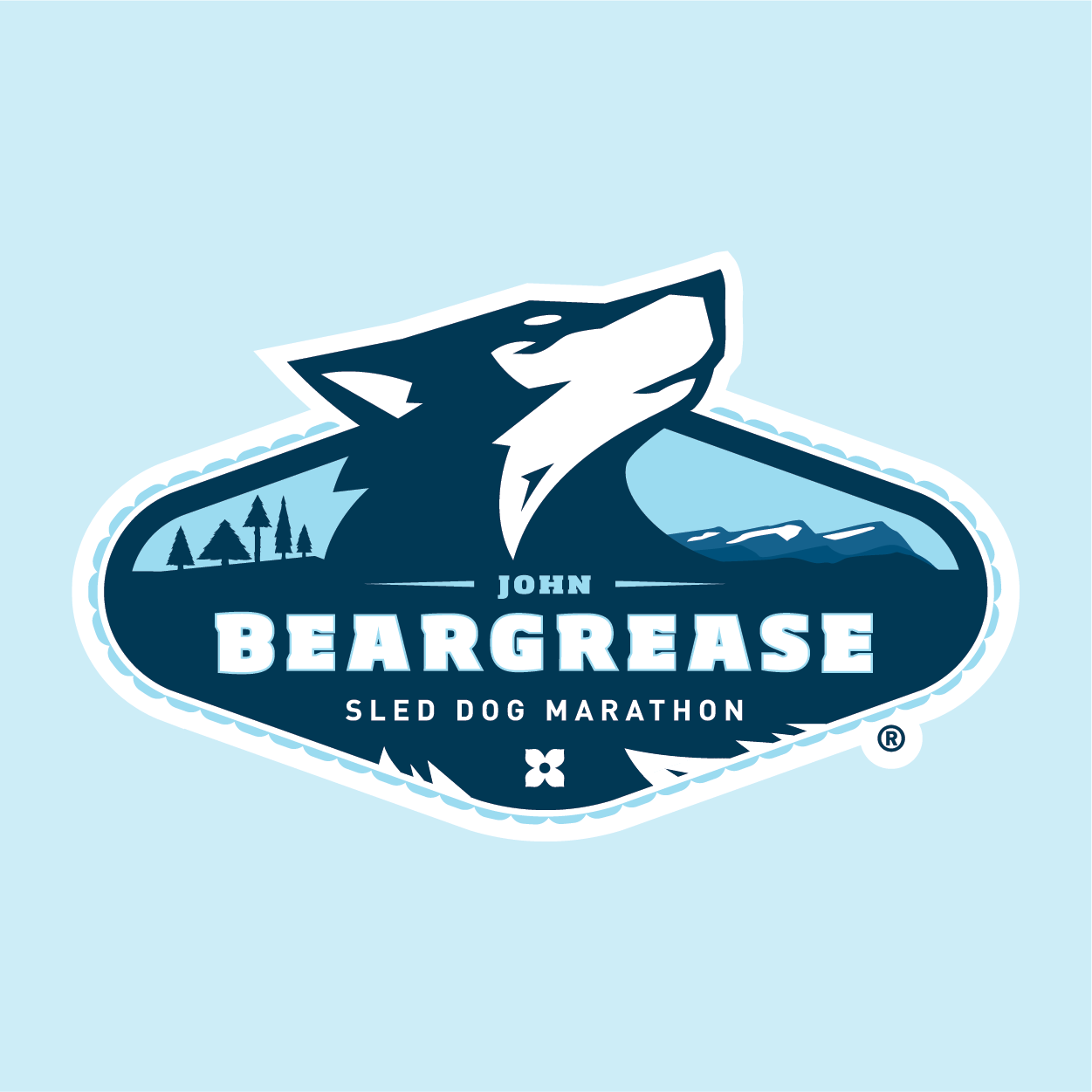 Sharks Came Racing is a small racing kennel from the UP of Michigan. The kennel is owned and operated by Jerry and Pat Trudell. Jerry is a retired navy pilot and airline pilot and Pat is a retired teacher. They have been in the sport for about 15 years after meeting with a local musher, wearing a race t-shirt. This led to a visit to his kennel and the adoption of 2 semi-retired sled dogs. Thus, a long-time love affair with dogs and mushing began.

Currently Jerry and Pat are training 10 race dogs and running half a dozen retirees. Most of the pups can lead, but Jerry’s main leaders are Lester, Phoenix, and Queenie.

One of the most interesting things about the Trudell’s is that they grew up in the South and had no idea mushing dogs was a thing anywhere other than Alaska. Most of their family doesn’t understand why anyone would live where there is this amount of snow, much less revel in the winter wonderland they call home.

Stop by the truck and ask about how the kennel name came about. It might amuse you.

Thank you to our Beargrease sponsor:

A chance meeting with a local musher sparked my interest. I was 48 at the time.

Meet the other Beargrease 40 Mushers

The “goodest” dogs
Need your help

What a sled dog looks forward to most after a long day of racing is a nice bed of straw! But guess what happened at last year’s race? Someone stole all our straw right before the race start! Thankfully, great fans like you helped us out during the ﬁnal hour to provide this vital supply for our amazing dogs.

These dogs simply are the best – and we want to be able to continue treating them that way! Donations from fans like you make that possible. Would you ﬁnd it in your heart to help us out? No amount is too small in sled dog world!