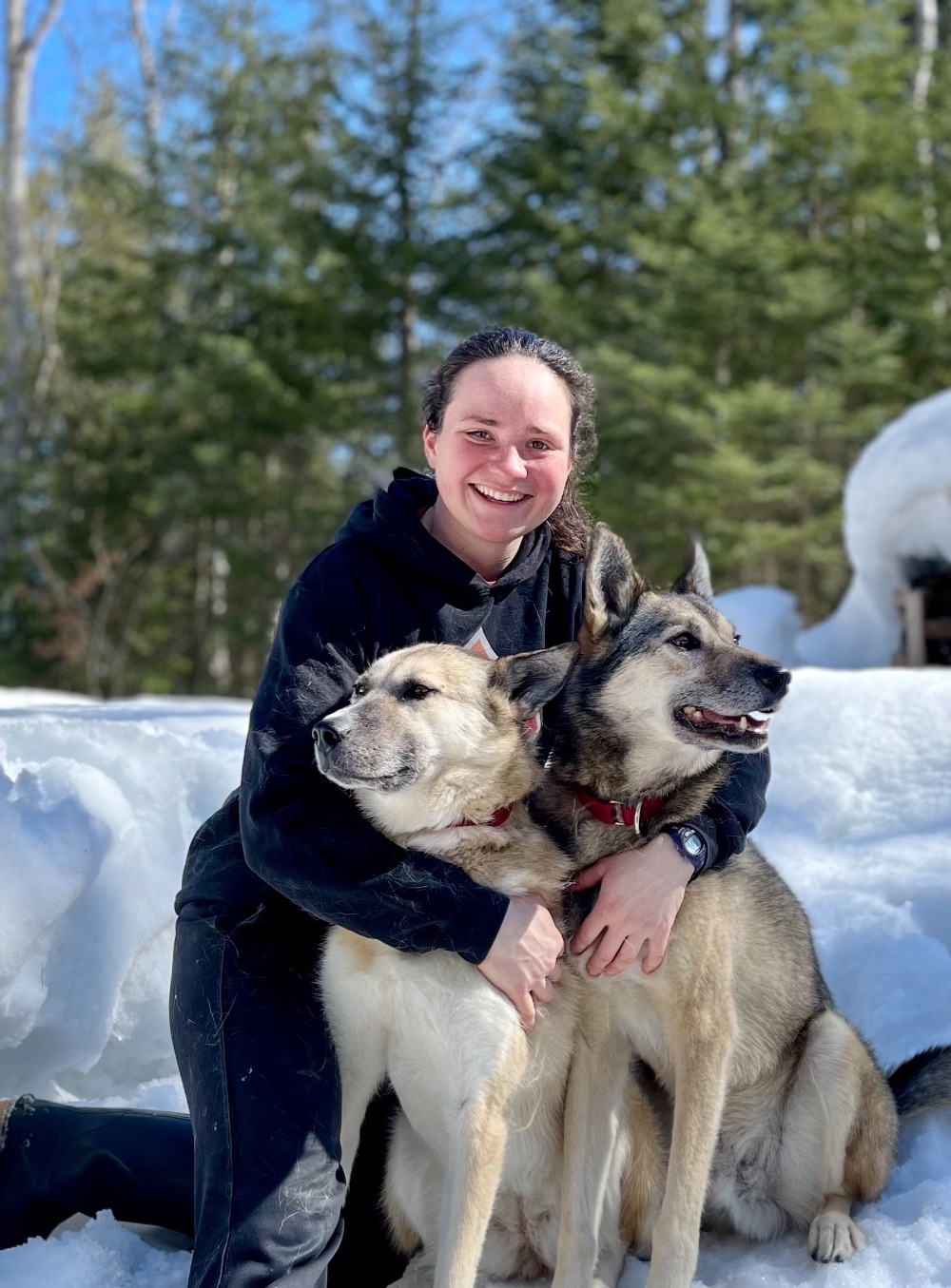 Laura Neese, 26, was raised on a small farm in Newark, Ohio. She and her oldest sister raised Boer goats and she also participated in 4-H for eight years, training and showing their five family dogs. She fell in love with the sport of dog mushing and long distance racing at the age of nine, when her family followed the Iditarod as a homeschool project. After four years of learning everything she could about the sport, she started a small kennel in Ohio and began running short races in Michigan’s Upper Peninsula. She graduated from high school at age 16 and then went on to receive an Associate’s Degree in Veterinary Technology at Penn Foster College two years later. In 2014 she moved to McMillan, Michigan, to work at Nature’s Kennel and pursue her dream of long distance racing. She says, “I have been blessed with the opportunity to train and race in many different regions of North America for the past eight years.” She has competed in the Yukon Quest, Iditarod, Percy DeWolfe, Canadian Challenge, Eagle Cap Extreme, Idaho Sled Dog Challenge, UP200, CanAm 250, Beargrease Marathon, and the Gunflint Mail Run. Laura opened MI DOG Summer Sled Dog Center this past summer and she and the team loved sharing the sport of dog sledding with the public during their off season!

I followed the Iditarod online at nine years old.