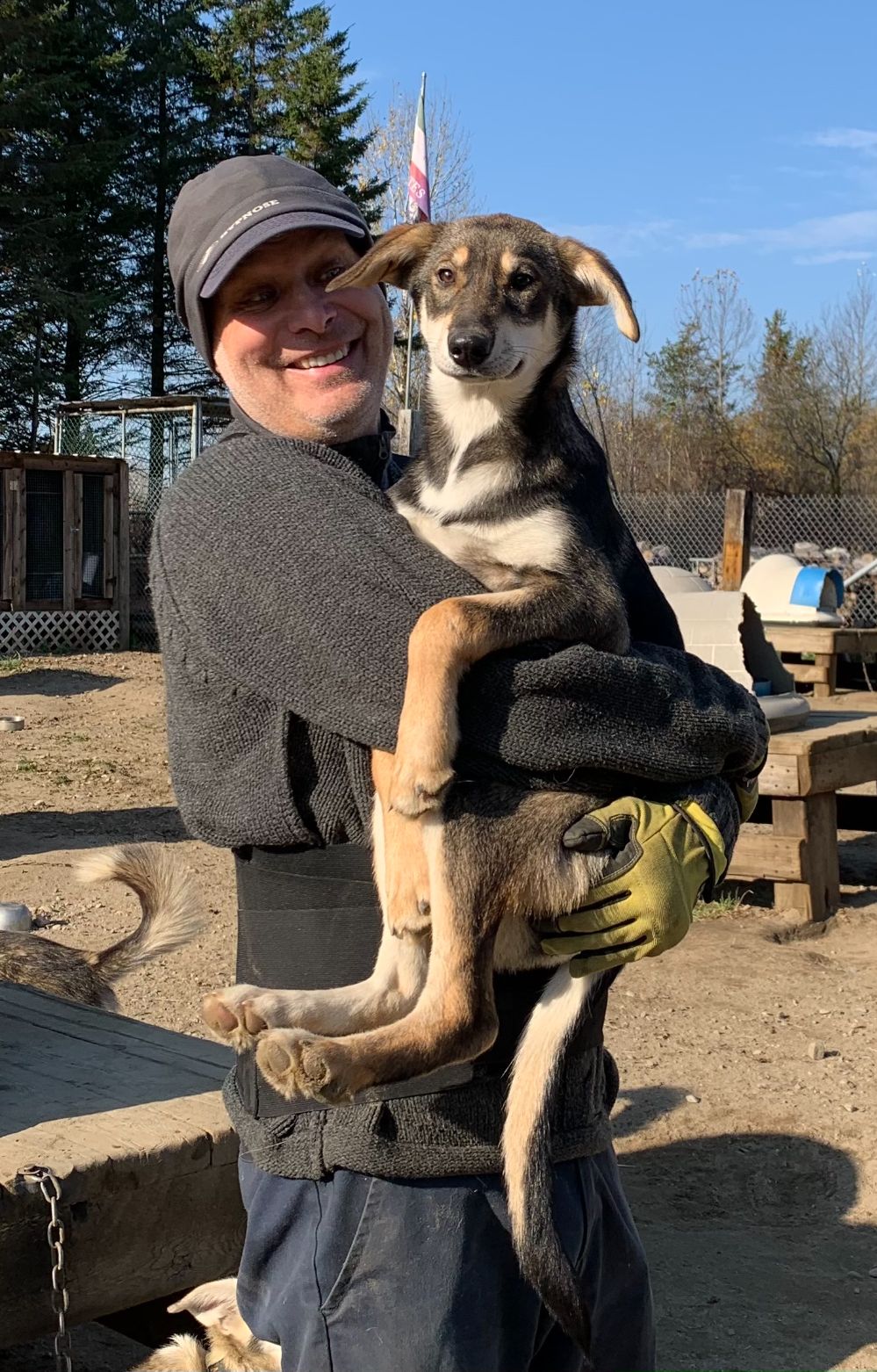 When I was eight, I put a harness on our house dog, a big St-Bernard! Then, one day, I saw a team of several dogs, and that’s when I realized that I wanted to harness more dogs. As a teenager, I was doing sprint races and it was only in 1996 that I actually started doing long distance races, racing from 60 mile to 400 mile races in the same year. I climbed the ladder and I started winning the CanAm Crown 250 (Fort Kent, Maine) in 1998. Then in 2019 I won it for the 10th time, six in a row. I did the race circuit in the northeast area of North America. In 2003 I realized one of my dreams by running the Yukon Quest (1000 miles) and came in 6th. I won the Hudson Bay Quest in Manitoba (220 miles) twice and I placed 2nd at the UP200 in Michigan many times. In 2022, I realize my ultimate dream which was to run the Iditarod, and I placed 21zt. What I like most about dog sledding is to be in nature, discover new territories and especially listen to my dogs and see that we are an amazing team.

I was eight years old when I first harnessed my home dog, I like to be in the wilderness.